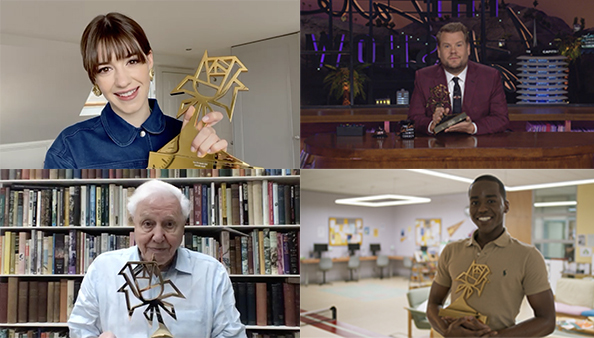 At a time when the connectivity of television has never played a more central role in our lives, the 59th Rose d’Or Awards have recognised the likes of Sex Education, The School That Tried To End Racism, Once Upon A Time In Iraq, Woke and Homeftest: James Corden’s Late Late Show Special for their achievements in entertainment programming this year.

The 2020 Rose d’Or Awards virtual ceremony was hosted by Nish Kumar on Wednesday December 9. You can view it HERE.

The 2020 awards included a new Innovation In The Time Of Covid category, the annual Golden Rose, which is awarded to one of the winners as the outstanding programme of the year, and three discretionary individual awards: Emerging Talent, Performance of the Year and the Lifetime Achievement award.

This year’s winners include programming from six different countries – UK, USA, Germany, Argentina, France and Australia – as host Nish Kumar paid homage to an unexpected year by joking the awards would henceforth be known during lockdown as the Rose ‘Indoor’ Awards. 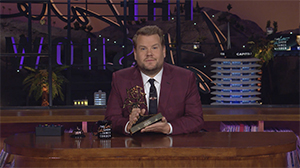 The winners this year included the Innovation In The Time of Covid award, given the extraordinary challenges faced in 2020, which was presented to Homefest: James Corden’s Late Late Show Special amongst finalists from Spain, Italy, the Netherlands, Belgium and the UK.

BBC Two’s critically acclaimed Once Upon A Time In Iraq was named as the winner of the Documentary category, as well as being honoured amongst the winners by judges as the outstanding entertainment series of 2020, also taking home the Golden Rose Award.

On receiving the two awards, director James Bluemel said: “Making this film was really enjoyable, I know it’s about war and goes to some pretty dark places, but it was, and I think that’s because of the people I met and filmed whilst making it.

“They all carry with them immense trauma, but they all still retain, somehow, this real sense of courage, resilience and humanity. It’s the fact that remains intact that we can all take some hope from. So, it’s them really that I would like to dedicate this award to and on behalf of everyone who helped to make Once Upon A Time In Iraq, I’d like to thank them.” 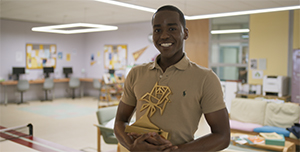 Netflix’s popular Sex Education was awarded the Comedy Drama and Sitcom trophy, which having recently announced it will return for a third series, has won over audiences of all ages with its inclusive storylines and refreshing approach to real life experiences. Series alum Ncuti Gatwa was also individually recognised for his portrayal as Eric with the Performance of the Year award, which is bestowed for an outstanding performance in the past 12 months.

Channel 4’s The School That Tried To End Racism picked up the Reality and Factual Entertainment award, for the series which follows a British school as it helps to educate its students on hidden racial biases and attempts to eradicate them.

Upon winning, creative director David DeHaney explained: “We made this series prior to COVID-19, the death of George Floyd and the subsequent global reawakening on racism and injustice – unfortunately it’s just one of those evergreen topics. Our intention was to create something that started a new conversation about how to tackle part of the issue and lead to lasting change. To date it’s had a really big impact in education, there have been debates with MP’s and so forth, so it’s been pretty successful. We really didn’t expect to win anything, so this accolade is really welcome, thank you.”

BBC Radio 4’s Tunnel 29 – telling the story of a student in Germany who escaped from one of the world’s most brutal dictatorships in 1961 and why, a few months later, he began tunnelling his way back in – was presented the Audio Entertainment award.

French production The Wonderbox was awarded the Studio Entertainment award, while in the Drama category, Germany’s Babylon Berlin saw off competition from the likes of shortlisted Normal People, The Capture and Baghdad Central to be the crowned winner this year. Australia also saw wins in the Children and Youth category for First Day and Social Media and Video Series category for Content.

Victoria Small, the Argentinian telenovela, won in the Soap or Telenova category, while the Arts award was presented to Germany’s Wim Wenders, Desperado – about the life’s work of one of the pioneers of New German Cinema. 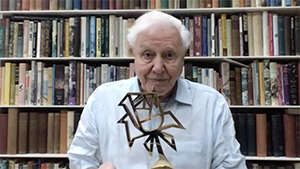 The Lifetime Achievement Award, which honours a television personality for their exceptional contribution to the entertainment industry, has this year been presented to Sir David Attenborough to celebrate his 60-year career as a natural history broadcaster.

On receiving the esteemed award, Sir David Attenborough credited television for educating the global population of the effect we are having on our planet: “When I started in television, it’s difficult to believe it but creatures like pangolins or sloths or armadillos were really quite unknown to the general public. Now of course, everybody knows what they are, and why? Not because of me particularly, but because of television. Television has told the world about the wild population, the wild part of the world, and that’s essential that we know about it and we know how it works, and we understand why it is that we are damaging it so badly.” 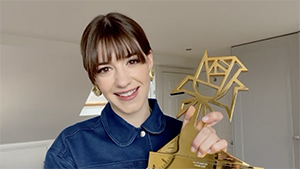 Daisy Edgar-Jones was awarded the first-ever Emerging Talent Awardfor her portrayal of Marianne in Normal People, after the show became a lockdown favourite earlier this year. The inaugural award has been instituted to recognise great new talent this year and every year. 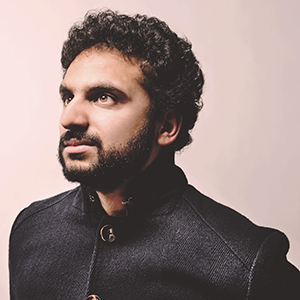 Nish Kumar, host of the virtual ceremony, said: “In a year like no other and where the dress code is evening wear on the top, undies and slippers on the bot, it was a huge honour to be invited to host this incredibly special ceremony. The fact that all our entrants have done something extraordinary and have entertained and educated audiences during an extremely difficult year, is incredible. A massive congratulations to all of the nominees and winners!”

This year’s Rose d’Or Awards saw a record number of entries with 766 entries across 12 categories. Voted for by over 80 international judges from across the television industry, the 2020 awards included entries from every major territory in the world.

Mark Rowland, chair of the 2020 judges, said: “It has been an extraordinary year for television, reinforcing its role as central to all of our lives. It’s been an honour to review this incredible body of work – produced before and during the pandemic.  Congratulations to the winners, all our entrants and every production team member who made these great shows possible.” 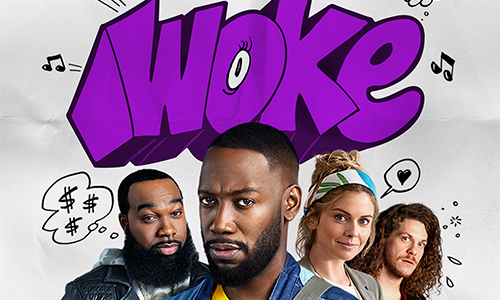 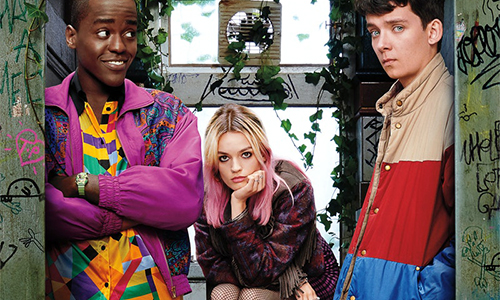 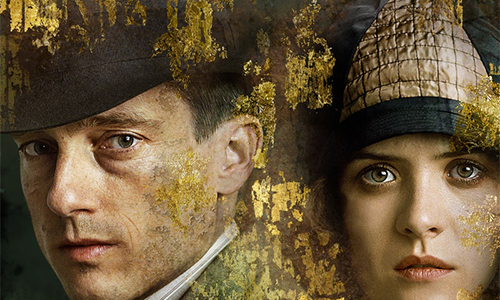 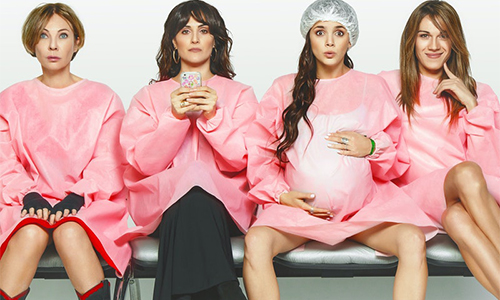 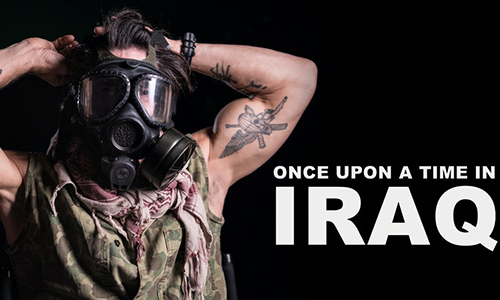 Documentary
Once Upon A Time In Iraq
Keo Films, BBC Two/UK 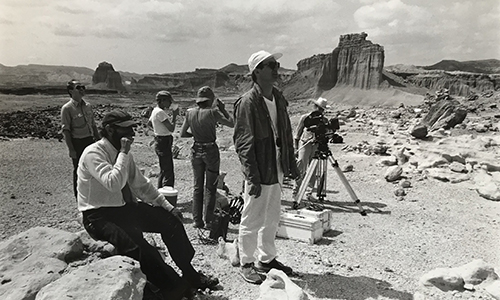 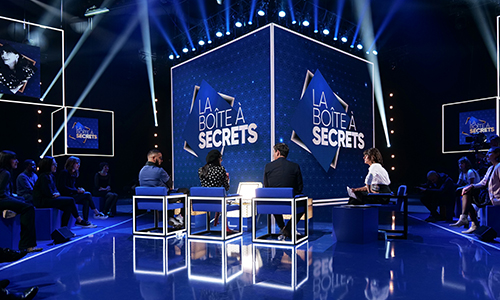 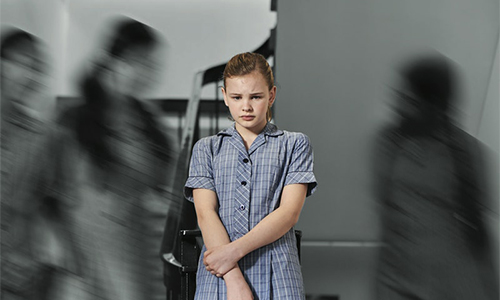 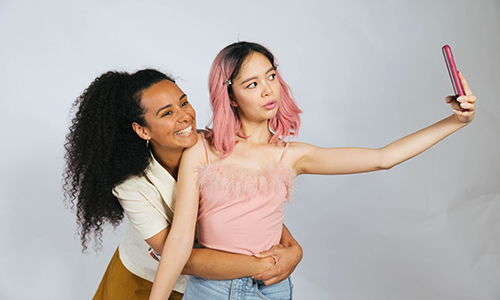 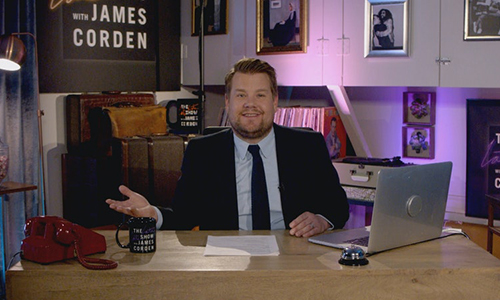 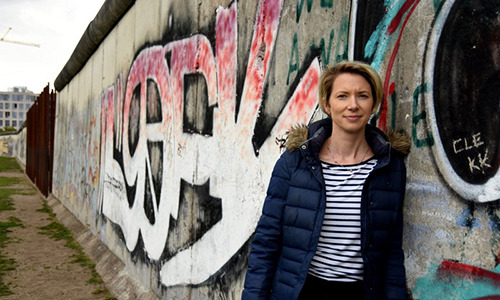 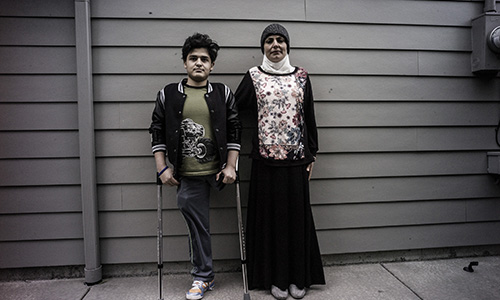 The Golden Rose
Once Upon A Time In Iraq
Keo Films, BBC Two/UK