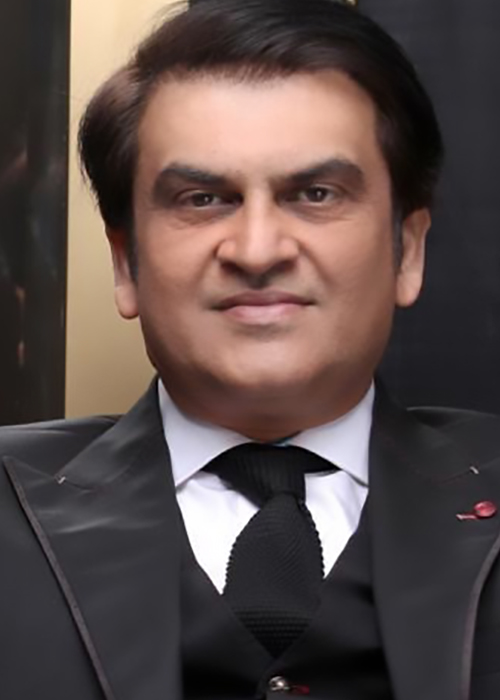 Kadwani’s career began as a model and actor in Pakistan in 1991, amassing 25+ television commercial and 50+ television program credits. He then expanded into production, becoming an award-winning television drama series Director & directed drama serial, Andheray Dareechay & Doosri Aurat. In 1993, Kadwani was named CEO of Media International, a media marketing company. In 2000, he was named as CEO of Icon Media joining Pakistan’s biggest media services group Interflow Communications Group. From there, in year 2001 Kadwani was named CEO of Media Max, playing a vital role in launching leading Pakistani satellite channel ARY Digital and was associated with them for 11 years.

Active in the global entertainment space, Kadwani has been developing international co-production partnerships. He has been a juror for the International Emmy Awards among other awards; and has participated in several major content markets around the globe. He is the member of United Producers Association & Pakistan Film Producers Association. With his diversified portfolio, he has contributed substantially to the growth and integrity of the Pakistan entertainment media industry and is the recipient of several domestic television awards including Best Producer, Best Actor and Best Drama Serials.

He brings with him an unsurpassed experience of more than 25 years in the television industry in Pakistan. His acumen has led him to create milestones, new channels, programming and ideas that have also earned him a reputation of a man of commitment, relationship and performance. He remains the only individual in the industry in Pakistan to have experienced 360 degrees of this trade winning him accolades and awards in recognition of the same. Today, he continues to do so with a proven track record of quality, performance, integrity and innovation.