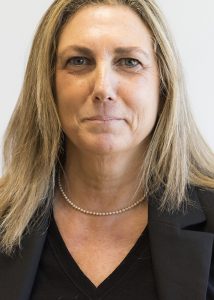 Ana María Bordas Julve is a Spanish journalist who has developed her entire professional career in RTVE, the Spanish Public Broadcaster.

Bordas is since 2021 Director of Original Content in charge of all content areas as Entertainment, Daily Magazines, Kids and Youth, Social Programmes and New Formats.

She is currently elected Vice president in the EBU TV Committee.

Specializing in its beginnings in political and currents affairs, Ana Maria Bordas was correspondent for National Radio of Spain (RNE) in Washington DC (USA) between 1989-1992.

She has held over more than 20 years different management positions in RTVE, such as RNE Director in Barcelona (1997-2005), RTVE Director of the Production Center in Barcelona (2010-2014), Programming Director at TVE Madrid (2015-2016) and Director of La2 (the cultural and social TVE channel).