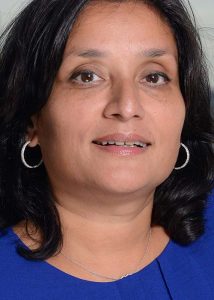 Angela is Managing Director, ITV Studios Entertainments (the largest entertainment producer in the UK). The label produces a wide variety of shows for all of the UK broadcasters and increasingly internationally too. Ranging from University Challenge, to Love Island to Ant and Dec’s Saturday Night Takeaway.

Prior to that, Angela worked in Broadcast managing a number of TV channels, amongst them the suite of ITV digital channels and previously E4. At ITV2 she acquired Family Guy and commissioned the award-winning shows: Plebs, The Big Reunion and Love Island. Under her leadership ITV2 won numerous awards including Broadcast Digital Channel of the Year. .

During her tenure at Channel 4 she oversaw Big Brother, commissioned Space Cadets, Misfits and The Inbetweeners. Whilst running E4 the channel received both the Broadcast and EITF Channel of the Year. Angela’s career started in television production where she worked in all genres.

Angela currently sits on the boards of Film London, London First and The Edinburgh International TV Festival. And remains committed to Creative Access whose Board she sat on for a number of years.