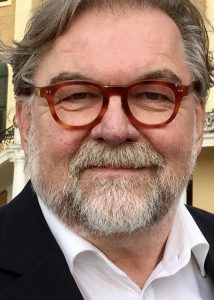 Arild Erikstad is now Executive producer/Executive International relations TV Music at NRK in Oslo, Norway. From 1992 – 2005 he was Head of Music TV and in 1995 -1997 responsible Editor for music at the new channel NRK2. For more than 20 years editor and moderator for a weekly classical music slot; Hovedscenen (The Main stage) presenting concerts, opera and dance.
Mr. Erikstad is educated as a Dipl. Tonmeister in Detmold, Germany and he started his career within NRK as a Tonmeister/Music producer for Oslo Philharmonic Orchestra from 1982 – 1992, working closely with Mariss Jansons producing CDs and radio/TV productions. For more than thirty years he has produced CDs with all the leading musicians, orchestras and ensembles in Norway.
Mr. Erikstad is today responsible for national and international music co-productions within NRK, since 1999 Vice President of the EBU Music Expert Group and since 2014 President of IMZ – International Music + Media Center.