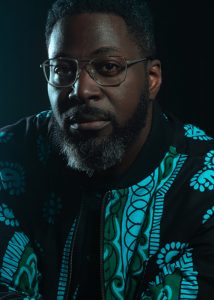 Bernard P Achampong is an award-winning creative thought leader and mentor. With over 30 years of experience in Media and Culture, Bernard has helped organisations and individuals achieve their diversity objectives, improve processes and source new talent in order to compete and thrive. Bernard’s creative ambitions led him to dream roles within the most notable global media organisations, including 15 years at the BBC.

During this time, Bernard launched new audience engagement and digital strategies for BBC News and World Service, and was part of the founding team to launch BBC Radio 1Xtra.

In 2018, Bernard became a Programme Director for Premier Christian Media Group and continues to make his mark as the founder of leading digital content brand Unedited, with clients as diverse as Audible, Ford, Spotify and Havas London. Bernard’s creativity and precision has been recognised with over 30 industry awards and nominations, including eight Radio Academy Awards and the prestigious Rose d’Or in 2020.