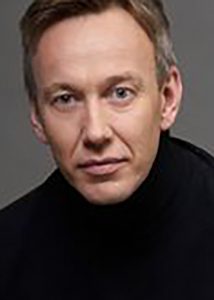 Chris Rogers is a multi-award winning and Emmy-nominated presenter and investigative journalist. He has uncovered some of the most shocking human rights abuses and criminality around the world for major programmes such as Panorama and he has become a familiar face fronting the UK’s major news programmes, starting as the youngest ever presenter of BBC Newsround at just 19 years old. He then presented Sky News where he was on air for the BAFTA-winning coverage of the 9/11 attacks. Rogers was later snapped up to present and report for ITV News and in 2009 Rogers returned to the BBC to present for BBC News and BBC Radio.

Rogers is also an accomplished writer with much of his work featuring in the national press. His first book, entitled “Undercover”, was released in March 2010 and reached the Amazon top ten best sellers.

Among his many films, Rogers famously helped end the scandal of child prisoners in overcrowded adult jails in the Philippines, and his films on child POWs in the Middle East won an Amnesty International Award. He is best known for his award-winning reports exposing terrible conditions in Romanian orphanages in 2007 which led to a European Union investigation; and an unprecedented ITV Tonight Special taking UK Royalty undercover, which sent shockwaves across the globe and caused a diplomatic storm. Rogers sparked an international debate on football-related racism following his BBC Panorama: Stadiums of Hate and, also for Panorama, he gained unprecedented access inside the world’s most secretive state, North Korea. For a Panorama Special, Rogers exposed child prostitution among girls as young as five at Brazil’s World Cup, the one-hour film achieved BBC One’s highest audience of the year for that slot and was shortlisted for a BAFTA.