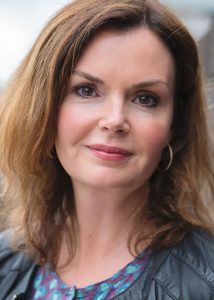 Having co-founded Merman in 2014, with co-founder Sharon Horgan (Catastrophe), Clelia Mountford develops and produces a multitude of projects with a host of international talent.

As Producer, Mountford has many high-profile projects to her name including David Cross’s Bliss (Sky One), The Circuit (Channel 4), the third series of Todd Margaret (IFC), Cockroaches (ITV2) and MR Sloane (Sky Atlantic).

Prior to founding Merman, Clelia devised and produced two series of the comedy drama adaptation of Mikhail Bulgakov’s A Young Doctor’S Notebook (Sky Arts) starring Jon Hamm and Daniel Radcliffe. She also held roles as Head of Comedy at RDF and Head of Radio and TV Script Associate at TalkbackThames. Mountford began her career in theatre and radio, producing over 50 radio comedies and dramas for BBC Radio 4, 3 and 2 and assistant produced numerous no 1 theatre tours and West End shows.