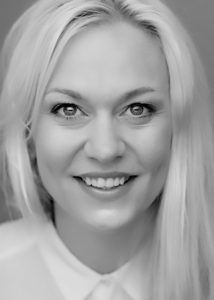 Ingunn Sundelin is a Norwegian producer of drama series and feature films at Tordenfilm, where she is also a partner and board member. Her recent productions include the Golden Nymph nominated series Made in Oslo (2022) and the Rose d’Or and double Prix Jeunesse winning series ZombieLars (2017-2019).

She also worked as a co-producer on the Oscar and BAFTA nominated Bosnian feature film Quo Vadis, Aida? (2020) and produced the two hit animated feature films about Two Buddies and a Badger (2015, 2020).

Sundelin has a European Masters in Audiovisual Mgmt. from the Media Business School in Ronda, Spain, and worked several years in film distribution as a marketing manager before joining Tordenfilm. She is currently in post-production on a new sci fi series titled Dome 16, due to premiere in late 2022.