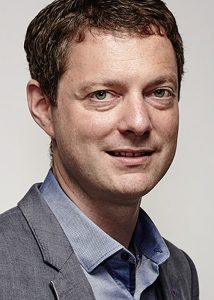 Prior to this, from June 2015 he was BBC Controller of Daytime & Early-Peak, leading a commissioning team responsible for new and returning series across all genres. New series he commissioned during this time included The Repair Shop, Murder Mystery and My Family, Garden Rescue, Richard Osman’s House of Games, Shakespeare & Hathaway Private Investigators and The Mallorca Files.

From 2006, Dan was Head of Planning and Scheduling, BBC Three and then performed the same role on BBC One from 2010 to 2015. This period included the launch of Gavin and Stacey, Being Human and Family Guy on BBC Three and the 2012 London Olympics, Sherlock, Call The Midwife, The Voice UK and The Great British Bake Off on BBC One. During his time there, each of those channels won Channel of the Year awards on a number of occasions.

Dan has worked at the BBC since 2000. Following two years with the BBC Corporate Strategy team he initially joined the TV channels as Plan Manager for BBC Two.