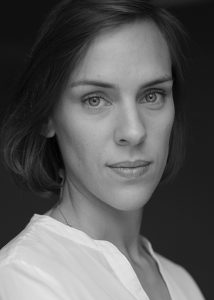 Danuta Krasnohorska (1985) is a producer and development producer at HBO Poland with a strong filmmaking background. After receiving a MA law degree from the University of Warsaw she worked several years for independent production companies, gaining experience in international co-productions and project development, collaborating with the most prominent filmmakers in the region, such as Academy Award winning director Jan Sverak on his two films Barefoot and Three Brothers. Before joining HBO, she worked for the Polish division at CANAL+ as a producer and development supervisor, working on acclaimed projects such as recent hit series Klangor. She gained a deep understanding of international audiences while advising a renowned sales agent company, New Europe Film Sales. She is also a passionate advocate of cinematic storytelling in television production, enabling the creation of groundbreaking series with a strong authorial voice and a broad audience appeal.