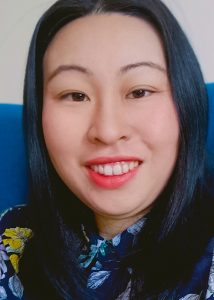 Donna Chang joined SBS in October 2020 as a development executive in the SBS Scripted team, which oversees and develops SBS’s pipeline of original scripted fiction projects, including drama and comedy. She became commissioning editor in June 2021.

As well as working across long form event series, Chang oversees the development and production of SBS’s short form and feature initiatives which provide opportunities for emerging talent from often underrepresented backgrounds, to share their unique stories of contemporary Australia.

Prior to joining SBS, Chang was head of development at Lingo Pictures from 2018, working across a range of TV projects including The Secrets She Keeps (Network Ten). She has worked for many years as an external assessor for Screen Australia, and was a development executive there in 2018. Chang was previously a production executive at Ridley Scott’s Scott Free Films in London; her role encompassing production, business affairs, and film development. For Scott Free, she co-produced the feature documentary India in a Day (TIFF, Sheffield Doc/Fest), was the production executive on Mindhorn and The Aftermath, and worked as a Programme Associate for the TV series Taboo. At Felix Media, Chang produced the William Yang documentary trilogy (ABC), co-produced Sydney Opera House documentary Autopsy on a Dream, and supported a slate spanning feature drama, documentary, and moving image art. She has produced independently, with credits including the Ash Wednesday short in The Turning anthology (Berlinale, MIFF) and The Crossing (Annecy, winner at Sydney Film Festival, AACTA-nominated).