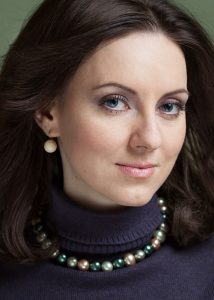 Since 2003 working at All Russian State TV and Radio Broadcasting Company (RTR) – the largest media company in Russia. Now Ekaterina is in a position of Head of Foreign Projects International Relations RTR. She is a producer of RTR international co-productions, including dance and music programs and films.

Since 2020 Ekaterina was appointed the Advisor on International Relations to the 1st Deputy Director General (in charge of News Department). And in 2021, Vice Chair EBU TV Committee.