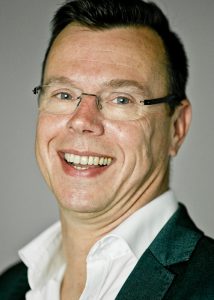 In 2018, Frank de Horde founded the Amsterdam production company Every Media together with Tim Vloothuis. A company that focuses not only on the creation and production of video content, but also on the distribution of that content through the various platforms. Frank always looks to create new and compelling formats to capture amazing stories that unleash a range of emotions in his audiences. A good example is the first online series the company developed and produced: ‘The Anne Frank Video Diary’. A series that was highly prized, not only by the millions of viewers worldwide on YouTube, but also by national and international press and international festivals like Rose d’Or (Golden Rose), Cinekid and Lovies.

Before founding Every Media, De Horde worked as a creative producer and editor-in-chief at the Dutch production house IdtV. Here he was involved in the development, creation and production of various genres, such as fiction, (light) entertainment and youth series. He developed a strategy for optimal convergence and publication between print and (video) online for the largest Dutch mediapublisher.