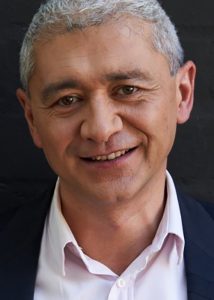 John Godfrey worked for 10 years in UK, series/exec producing for Channel 4/BBC2. He has been in Australia 18 years, was Head of SBS Documentaries and is now Head of SBS Unscripted, overseeing documentaries, factual entertainment, food and entertainment. SBS is an Australian public broadcaster with a charter to explore cultural diversity, and a reputation of taking risks. Some of SBS’s best known shows include Go Back To Where You Came From, First Contact, Struggle Street, Filthy Rich & Homeless, The Ghan, Eurovision: Australia Decides, the Eurovision Song Contest and the annual Sydney Gay and Lesbian Mardi Gras Parade.