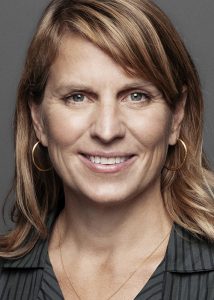 Katrine Vogelsang initially began her career in the film and television industry as a production assistant on ‘Taxi’ and later ‘Unit One’. In 2005 she graduated as a producer from The Danish Film School. She then worked at DR (the Danish Broadcasting Corporation) as a producer, where she made her debut as a producer on ‘The Secret of Absalon’.

Vogelsang has been head of fiction at TV 2 since 2011, where she has spearheaded the development of series like ‘Rita’, ‘A Fortunate Man’ and ‘The Seaside Hotel’. Moreover, she has been developing TV 2s family Advent calendars, most recently with ‘Tinka and the King’s Game’.

In the past three years TV 2 has produced an increasing amount of fictional shows because of its success in securing external funding of television series, as well as funding for film projects, of which Katrine is in charge. ‘Warrior’, ‘DNA’, ‘The Mink Breeders’ and ‘The New Nurses’ are among the latest projects.

Besides Vogelsang as Head of Fiction, the TV 2 fiction department consists of six executive producers along with eight administrative employees.