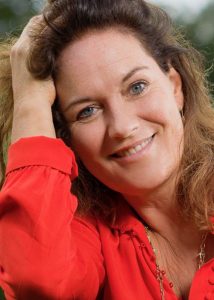 After graduating from Toneelacademie Maastricht (The Netherlands), Meijer embraced a number of roles in theatre, film and tv. In theatre, she entered the stage with the highly acknowledged Dutch theater companies De Paardenkathedraal – directed by Dirk Tanghe – , De Trust, and Carver. In film and tv, Meijer starred in films of Alex van Warmerdam, the tv series Gooische Vrouwen, and Wat is dan liefde, amongst many others.

Many know Meijer from Toren C, a tv comedy series Meijer wrote and coproduced with Margôt Ros since 2006. Together they played a number of various iconic characters, throughout a total of 7 very well received seasons of which reruns still air on national tv. Toren C was awarded the Lira Scenarioprijs, the Seoul International Drama Award and a Dutch Beeld en Geluid Award. Also, the series was nominated for a Rose d’Or 2020 Comedy Award and a Banff World Media Rockie Award 2021. Toren C was sold to several countries and the French adaptation was nominated for an International Emmy Award. As the highly versatile person Meijer is, she wrote her first novel Wen er maar aan in 2021. The novel became a bestseller and sold over 75.000 copies. Wen er maar aan was Meijer’s debut as a novelist, illustrator, and publisher.