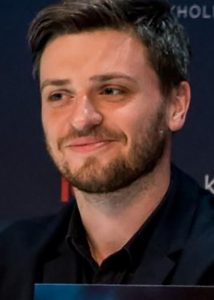 Mateusz Grzesiński is a tv producer, editor, director. From 2019 to 2021 he was a Head of Programming Department in Cultural Channel of Polish Television — TVP Kultura.

Highly specialized in creating and producing music competitions and music festivals. He has been working for TVP since 2006, mostly for TVP Kultura but also in TVP major channels. Experienced in show running of biggest entertainment formats in TVP, like ‘Name that tune’, ‘The Wall’ and many concerts and festivals including Eurovision, International Chopin Competition and biggest Polish tv music festival ‘Opole’.

During the last two years he has been also creating and producing the biggest classical music festival in Poland — ‘Eufonie’ for Polish National Culture Center.