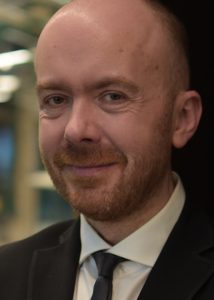 Robert Kamyk is a TV producer, music journalist, director. Since 2017 he has been running his company Kamyk Music – launched in order to create music pro-jects, combining different music fields and styles. He worked for Polish Television for nearly 20 years, mostly as the Head of Music Programmes TVP Kultura. Dur-ing his work at Polish Television, he made live coverage of main classical music events, documentaries, interviewed most prominent musicians from all over the world, commentated classical music events. He has been strongly involved in promotion of young talents on TV.