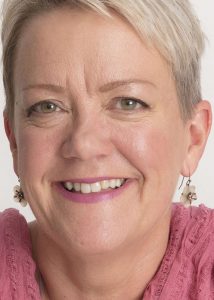 Ruth Fielding is an Emmy award-winning producer who has produced shows for all the UK broadcasters and many of the streaming platforms through her company Lupus Films. She is a creative producer holding a masters degree from RADA and Kings College. She started her career making live-action programming before moving into theatre and then animation commissioning at Channel 4 where she met her business partner Camilla Deakin. In 2002 the pair set up Lupus Films which they have developed to become one of the UK’s leading animation studios, producing high quality film entertainment for children and families.

In 2013 Lupus Films received a prestigious Vision Award from the British Film Institute. The company’s first feature film developed with the assistance of the award was Ethel & Ernest, a 90-minute animated feature film based on a graphic novel by Raymond Briggs, distributed by Universal. Other recent successes include the BAFTA-nominated The Snowman and The Snowdog and We’re Going on a Bear Hunt and the International Kids Emmy Award-winning The Tiger Who Came to Tea. Lupus Films are currently developing a slate of live action and animated features, specials and series with a variety of funding partners.

As well as her work running Lupus Films, Fielding is a long serving founder member of industry body Animation UK and is an external consultant producer for the National Film & Television School.