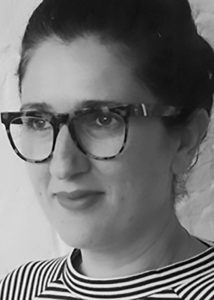 Prior to co-founding Little Dot Studios in April 2013, Selma Turajlic was Head of Interactive Media and Licensing, at ALL3MEDIA International where she was responsible for the development and exploitation of the entire ALL3MEDIA portfolio of TV programmes across digital media and consumer products.

Before joining ALL3MEDIA International in 2009, Turajlic was Director, Interactive Media at Celador International (now part of Sony Pictures Television) where she managed international digital licensing for formats such as Who Wants To Be A Millionaire? and Dragons’ Den.

Previous roles include Business Development Consultant at Shazam Entertainment working on technology licensing and devising distribution strategies both in the UK and USA and lastminute.com where she worked on establishing entertainment e-commerce offering.