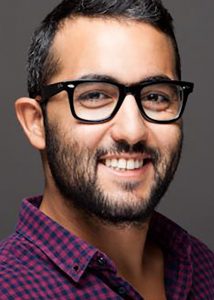 Dhab has had a long career spanning all facets of the entertainment business. Formerly a writer and script-doctor for both the TV and movies industry. He also worked for numerous years as a marketing and creative strategy executive, creating daring and impactful campaigns for numerous movie distributors in France (Pathé, UGC, 20th Century Fox, Disney, Studiocanal, Gaumont, Paramount). Before he arrived at France Televisions, he took the helm of social media and content at ground-breaking french entertainment agency Dare.Win, where he successfully launched the agency’s activity on the German Market, and helped create and launch a large slate of award-winning and media-attention grabbing campaigns for among others, Netflix.