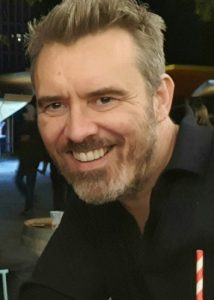 Steve Carsey recently joined Bertelsmann as managing director of the Audio Alliance UK and Storyglass. In this capacity, he heads up the group’s international podcast interests, working across Fremantle (television), Penguin Random House (publishing) and BMG (music), as well as with external partners.

Previously Carsey was the senior director for International English (Originals) at Audible, where he managed content strategy and greenlit more than 200 podcasts over 6 years. He was Audible’s first hire in their Originals team in 2014 and was one of the architects of their global audio entertainment strategy. Credits include ‘Neil Gaiman’s The Sandman’ (#1 New York Times Bestseller), ‘Alien: Out of The Shadows’, ‘The Sun King with David Dimbleby’, ‘Michael Caine’s Heists’, ‘The Kurupt FM Podkast’, ‘French and Saunders Titting About’, ‘Survival Stories with Bear Grylls’, ‘Death At Deepcut’ and ‘From The Oasthouse: The Alan Partridge Podcast’.

Prior to his focus on audio, Carsey was a veteran of the television and digital video worlds, where he ran creative divisions and businesses for some of the UK’s largest independent producers. As a showrunner, he had an international reputation for creating, producing and launching global events and entertainment hits, working across music, reality, sport, children’s and youth programming. Credits include three of the highest rated television shows of all time on their respective networks, ‘Britain’s Worst Driver’ (Channel 5), ‘The Match’ (Sky One) and ‘Robot Wars’ (BBC Two).