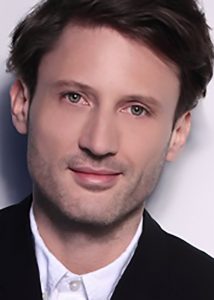 Formerly Head of Unscripted at Facebook Watch, he led hit series including RED TABLE TALK, CARDI TRIES ____ and PEACE OF MIND WITH TARAJI. Faulkner began his career as a journalist with BBC Radio, working at ITV in the UK before moving to the US as an unscripted show-runner.