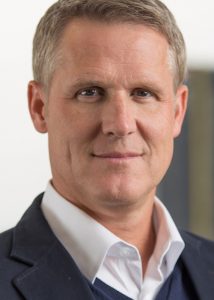 As CEO & Executive Producer of Frantic Films, Jamie has been proud to see the company become one of Canada’s leading film and television producers, gaining recognition for its creative work and business success.
Jamie has produced award winning film and television projects that have sold to over 130 countries around the world. From feature films (The Stand!, Faces In The Crowd, Lucid and more) to scripted dramas (Keep Your Head Up Kid: The Don Cherry Story, Todd and the Book of Pure Evil, Men With Brooms, etc.) to scripted comedies (Still Standing, Baroness Von Sketch and the Winnipeg Comedy Festival), quality is always the focus. Jamie has also created or co-created over a dozen series in various genres and won numerous Gemini, Canadian Screen Awards and Banff Rockie Awards, to name a few.

He began his career as a lawyer with the prominent Toronto law firm McMillan, where he focused on corporate finance and entertainment law. After turns at Sullivan Entertainment and Nelvana in business and legal affairs, he moved into a role as an executive producer in 1998 at Winnipeg’s Credo Entertainment.

Jamie was the first recipient of the Lions Gate Innovative Producer Award, named one of Canada’s Top 40 Under 40, received the I.H. Asper Broadcast Entrepreneur of the Future Award, was nominated as the New Media Visionary at the Canadian New Media Awards and was the CMPA’s Entrepreneur of the Year in 2008. Currently, Jamie is the Past-Chair of the Board of Canada’s national producers association the CMPA and was Chair of Canada’s National Screen Institute. Jamie also sits on the Manitoba Business Council, was an emeritus member of Manitoba Premier’s Economic Advisory Council.