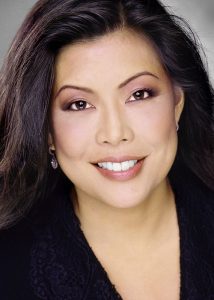 Andrea Wong serves on the boards of Liberty Media Corporation, Qurate Retail Group, Hudson’s Bay Company, Hudson Pacific Properties and Social Capital Hedosophia Holdings. She is also a Governor of the British Film Institute and a Trustee of the Royal Academy of Arts.
She was most recently President, International Production for Sony Pictures Television and President, International for Sony Pictures Entertainment based in London.
Previously, Wong served as President and CEO of Lifetime Networks. Prior to that, she was Executive Vice President of Alternative Programming, Specials and Late Night at ABC.
Wong graduated MIT with a degree in electrical engineering and received an MBA from Stanford University. She is also a Henry Crown Fellow at the Aspen Institute and a member of the Committee of 100.