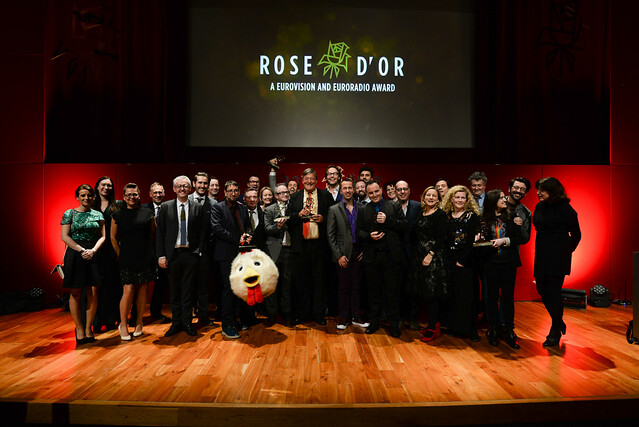 The best in TV and radio entertainment programming has been honoured on the 9th of December, 2015 at the 54th Rose d’Or Awards held at the British Museum in London.

Rose d’Or trophies were presented in eleven categories including Comedy, Game Show, Arts and Talk Show following a record-breaking number of entries. Radio awards were included for the second time in the event’s 54 year history.

British actor Stephen Fry was honoured with a lifetime achievement award for his outstanding contribution to the entertainment industry.

EBU Media Director Jean Philip de Tender highlighted the quality of 2015’s nominees. “This year’s range, depth and quality of nominees was truly outstanding. That the Rose d’Or can attract such high quality submissions is testament to its importance in the industry. I congratulate all the winners – and all the runners up. The jury’s job was hard.”

The Rose d’Or Awards are one of the world’s most prestigious awards for entertainment programming. It is a Eurovision and Euroradio event, operated by the European Broadcasting Union (EBU).