On receiving the awards, ITV News Correspondent, Robert Moore, who was inside the Capitol building as it happened. said: “On behalf of all of us at ITV News, can I just say how privileged and honoured we are to receive this award. What happened 11 months ago on Capitol Hill, I think can be judged as a wakeup call. It tells us just how fragile, surprisingly fragile, democratic institutions can be. It tells us too that conspiracy theories are not just toxic, they can be lethal, and that incendiary rhetoric can have devastating consequences. I’d certainly like to say thank you to the extraordinarily gifted team I was with that day and also those who were behind the film we made, just a few days later. But also, I hope this award can be seen as something else too, as a tribute to everybody that is on the road, in the field, doing what’s at the very heart at our business – which is news gathering, and shining a light into some pretty dark places”

Putting a much-needed smile on people’s faces over the last year, French Netflix hit Call My Agent was presented with the Comedy Drama & Sitcom award, Producer, Harold Valentin said: “this show has travelled a long road…the idea began in 2005…we wrote and rewrote the scripts 15 to 20 times to achieve the quality of professional and personal plots…and then when we tried to find French movie stars to guest – we had so many refusals, the show was almost cancelled!  But if you keep going – there is always a way! Thank you so much Rose d’Or!!”

Jack Thorne, the writer behind HELP, who gave an impassioned lecture at Edinburgh TV Festival about the representation of disability in television, explained: “It is a rare privilege to be able to make television and it felt like an enormous responsibility to tell this story. Marc Munden is a truly wonderful director, our cast led by Jodie and Stephen, are just extraordinary – I felt so lucky to work with them. We are as a collective, so grateful for the mighty Channel 4 – to All Three Media for making this with us. We hope that this will put a further spotlight on care homes and what our government should be and are failing to do”

Spanish series, Two Lives – the tale of a grandmother and granddaughter reunited in an unexpected way – won in the Soap or Telenova category, Amparo Piñero, who stars, accepted the award, saying “We are so happy to see our work rewarded! Thank you to the jury and all the people who have enjoyed our series”.

BBC’s Strictly Come Dancing was awarded the Studio Entertainment trophy – with judges noting the incredible achievements of the team, as they managed to keep the show on air during lockdown.

Following the win, hosts Tess Daly and Claudia Winkelman said: “2020 was the year like no other and delivering a live show every week during a global pandemic, took huge amounts of commitment and work from our dedicated cast and crew. Thank you so much to our celebrity cast of 2020, our incredible professional dancers and of course, our brilliant judges. The biggest thank you absolutely goes to the unbelievable strictly team for working tirelessly through ever changing restrictions and government guidelines to bring a show to everyone at home, every week. Thank you so much, thank you!”

ITV’s Long-Lost Family: Born Without Trace picked up the Reality and Factual Entertainment award, for the documentary series that sees Davina McCall and Nicky Campbell help foundlings track down the people who abandoned them as babies.

On being awarded the accolade, Davina commented: “Our team on this show are extra special, I mean everybody puts their heart and soul into making this programme. But of course, we couldn’t do it without our contributors, and they are the people that this award should be for, because they let us share their most vulnerable and emotional moments with you, and we just thank them from the bottom of our hearts.”

The UK also saw wins in the Children and Youth category for Horrible Histories Black History Special charting the contribution of Black people to British life throughout history. Joining the list of accolades, 9/11: Inside the President’s War Room celebrated first place in the Documentary category in tonight’s awards.

Australian production FIRESTARTER – The Story of Bangarra won in the Arts category, tells the story of how three young Aboriginal brothers — Stephen, David and Russell Page — turned a newly born dance group into a First Nations cultural powerhouse. Crossing the globe, I’m Not A Monster, a joint venture between the UK’s BBC Panorama and US’s FRONTLINE PBS, took home the Audio Entertainment award – for one journalist’s work over four years, telling the story of an American family who ended up in the heart of the ISIS caliphate.

And BBC’s Writers Room project Interconnected: Fred Gets Feedback picked up the Multiplatform Series award. As one of eight programmes produced from nearly 7,000 scripts received from writers across the country in lockdown, the short sees Fred quiz his ex-girlfriends for feedback on where he went wrong. 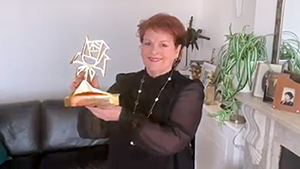 The Lifetime Achievement Award, which honours a television personality for their exceptional contribution to the entertainment industry, has this year been presented to Brenda Blethyn for her starring role as Vera, ITV’s longest running female detective, and her many other defining roles throughout her career – with fans able to look forward to new episodes of Vera, set to be filmed next year.

Brenda explained how the idea for Vera was conceived: “ I’ve made 46 films, so I can’t let it pass without thanking Anne Cleeves as well – who created the character and also Elaine Collins at ITV, who about 12 years ago was off on holiday and went into a charity shop for some reading and came across three of Anne’s books. She loved them and pitched the idea to ITV, who also loved them. All they had to do was to find a great, lummox, scruffy woman to play the part… and I was very happy to take on the challenge!” 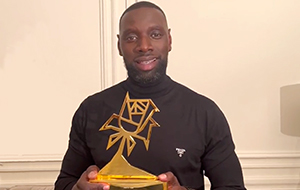 Omar Sy received the Rose d’Or Performance of the Year Award for his leading role in Netflix hit Lupin as the ‘gentleman thief’, which has brought French language drama to new audiences around the world.

When presented with the award, Omar said: “I’m really touched. Lupin is an adventure that travels all around the world, we are so proud and grateful. Thank you so much for this adventure and thank you EBU for this award. The Rose is my favourite flower!”

Returning for a second year, the Rose d’Or Emerging Talent Award  was given to ‘behind the camera’ talent, Nida Manzoor for her ground-breaking Channel 4 comedy drama, We Are Lady Parts – in a first for Rose d’Or.

Nida thanked the We Are Lady Parts production team, explaining: “Making We Are Lady Parts was such a joy and the show has been with me for some years, so to have finally been able to make it with such an excellent cast and crew, has really meant the world to me. To be receiving an award that’s so close to my heart, is just really overwhelming. Also, a huge thank you to everyone at Working Title, NBC Universal, Peacock and Channel 4 who have really allowed me the space and scope, to tell the story I wanted to tell, in the way I wanted to tell it, so I feel so supported and lucky. This is just incredible. Thank you so much”

Following the ceremony, Mark Rowland, Chair Rose d’Or Awards said: “Huge congratulations to all the winners, our nominees and every producer, broadcaster and platform who entered shows.  It’s been an incredibly strong year from the breadth of concepts and stories to the great on-screen performances and the production skill we’ve seen, across all genres.  Given the many challenges the pandemic has thrown at TV production, this is an extraordinary achievement.”

This year marks the 60th anniversary of the Rose d’Or Awards, which saw 750 entries from across the world, with over 150 international judges from across the television industry voting on the winners of the 12 categories.

Jean Philip De Tender, EBU Deputy Director General/Director Media said: “These awards, while always impressive, have surpassed themselves this year. A record number of entries, a top-quality and diverse shortlist and worthy winners. To pull this off in any year is a great achievement, but to do this when we are still dealing with the restrictions of a pandemic is phenomenal. I’m proud to be part of this industry and to work with the Rose d’Or team who consistently show how important it is to recognize the talents that create wonderful content and tell great stories, both in front of and behind the camera, at a time when TV has never been more central to our lives.” 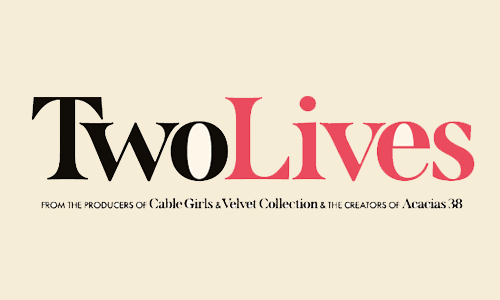 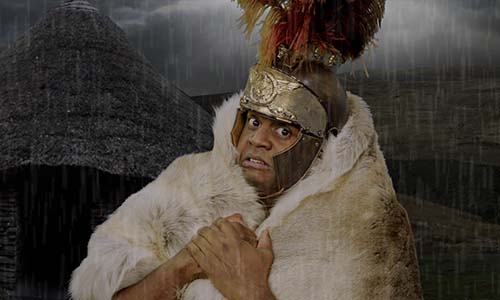 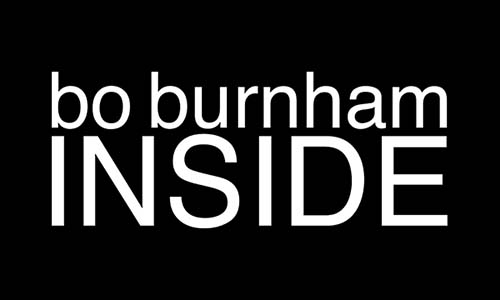 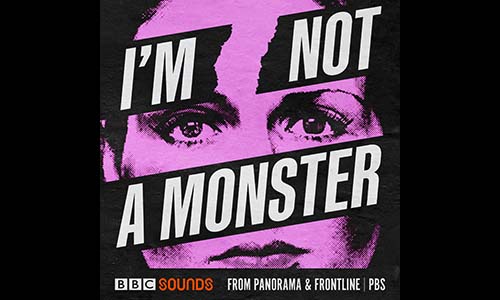 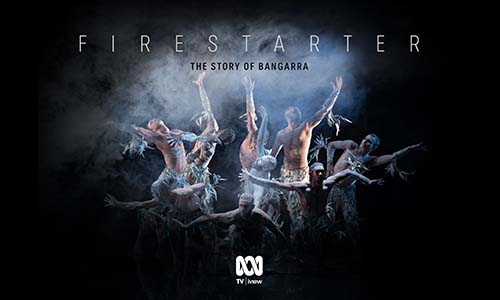 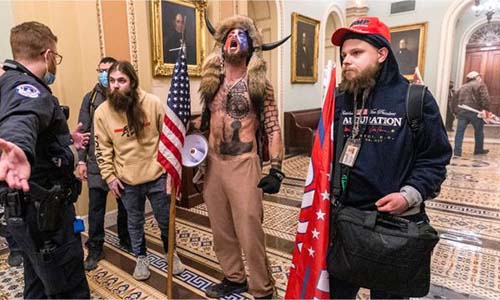 News and Current Affairs and Golden Rose
Storming the Capitol: The Inside Story
ITN Productions/ITV/UK 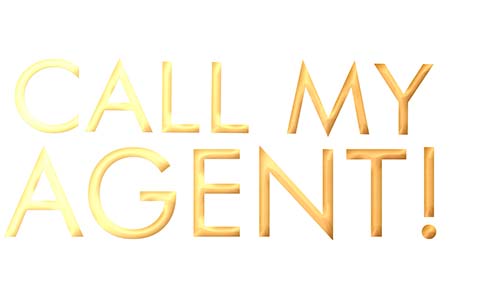 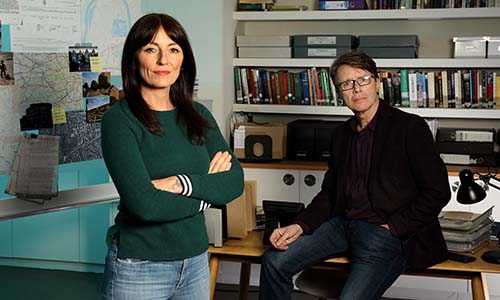 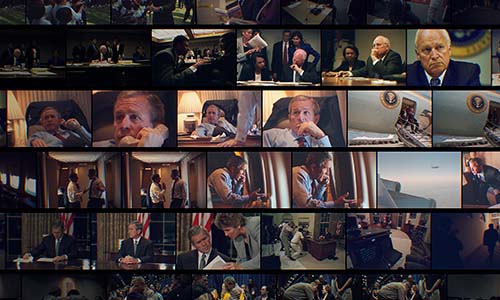 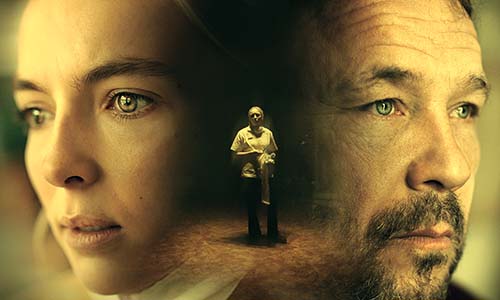