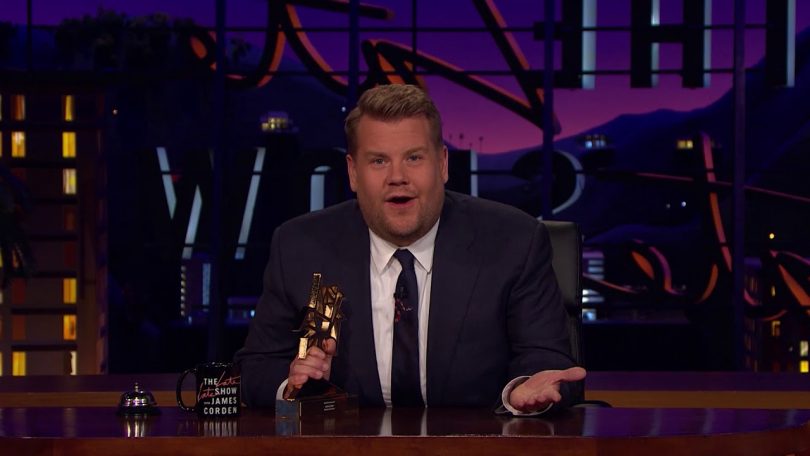 James Corden, host of CBS’ “The Late, Late Show”, will be named Entertainer of the Year at the 56th Rose d’Or Awards ceremony in Berlin on Tuesday 19 September 2018.

The inaugural award, given by organizers the European Broadcasting Union (EBU), has been created to recognize the contribution to the world of entertainment of one talented individual over the past 12 months.

Corden, 39, has presented the “Late, Late Show” on CBS in the USA since 2015 and has made a huge global impact with his “Carpool Karaoke” feature, helping the “Late Late Show” Youtube Channel reach over a billion views.

The segment sees famous musical guests joining Corden in his car to sing along to their songs with him whilst he is driving.

“There couldn’t be a more perfect recipient of the first Rose d’Or Entertainer of the Year Award than James Corden,” said the EBU’s Head of Television and Future Media Jeroen Depraetere.

“The international impact of Corden’s imaginative and very funny work in the last year has been huge. When you can get the former First Lady of the USA to join in you know you have a huge hit and this award recognises James Corden’s enormous talent and creativity.”

Corden has previously won a Tony Award for Best Actor in a Play for “One Man, Two Guvnors” as well a BAFTA for Best Comedy Performance for “Gavin and Stacy” among other awards.

Dame Angela Lansbury will also be awarded the Rose d’Or Lifetime Achievement Award for her huge contribution to the world of entertainment in a career spanning over 70 years.