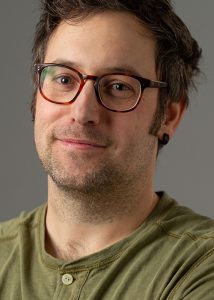 Born 1980, Patrick Suhner studied Film and Journalism at Lausanne University (Switzerland). He worked during 10 years as film critic at Radio Television Suisse (RTS), the Swiss national broadcaster. Since 2016, he is working as commissioner for the drama department. He dealt with the development of Double Vie (6×52’), Helvetica (6×52’) and season 1 & 2 of Banking District (6×52’).