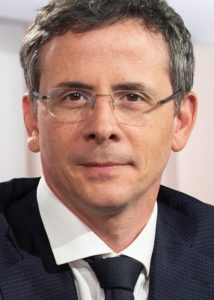 Philippe Revaz is a journalist on the Swiss Public Television. He produces and anchors the evening news program (Le 19h30) on the French speaking channel (RTS) since 2019. Prior to anchoring the evening news, Revaz worked from 2014 to 2019 as a US correspondent in Washington DC for the RTS and reported on a range of topics on American life and politics, namely during Donald Trump’s presidency. From 2007 to 2014 he produced and anchored on the Swiss national radio (RSR) the evening news show (Forum). He was also a parliamentary correspondent in Bern for the Swiss national radio.