Sir David Attenborough is to receive the Rose d’Or Lifetime Achievement Award in recognition of his exceptional contribution to the entertainment industry and 60-year career as a natural history broadcaster.

The award will be presented during the live stream of the virtual 2020 awards event from 3pm on Wednesday 9th December, which will be hosted by comedian Nish Kumar and streamed on Rosedor.com. 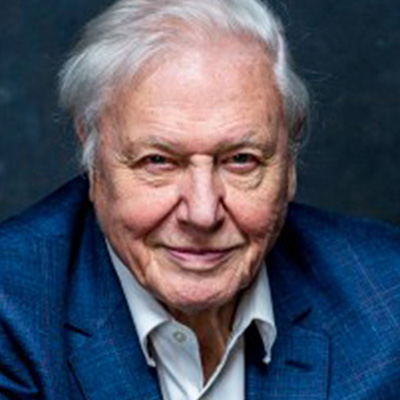 Sir David’s extraordinary career has spanned black and white, colour, HD and 3D formats; his programmes have won multiple Emmys and British Academy (BAFTA) awards and his landmark series such as The Blue Planet II, Planet Earth II, Dynasties and Seven Worlds One Planet made with BBC Studios Natural History Unit have been seen by billions of people across the world.

After joining the BBC in 1952, within a couple of years he had created his acclaimed ZooQuest series – filming wild animals in their natural habitat for the very first time. To this day, Sir David’s films continue to push the boundaries of camera technology and CGI in factual storytelling. His latest ambitious multimedia projects include both apps and virtual reality (VR) which both entertain and educate global audiences of all ages.

On receiving the award Sir David said: “Television has achieved a great thing worldwide, making people everywhere aware of what’s happening to our environment. If I’ve been a part of that and if this is a reward for that, well then, I thank you very much indeed. I’m most grateful.”

Jean Philip De Tender, EBU media director, said: “It is fitting that in this year, of all years, the Rose d’Or Lifetime Achievement Award should go to that force of nature, Sir David Attenborough. We are celebrating a broadcaster of multiple talents – naturalist, activist, storyteller, writer, presenter, preserver, explorer. He has inspired audiences for decades and continues to do so. The expression ‘ground-breaking’ can be over-used – especially in our industry – but Sir David has changed how we view the world – and it doesn’t get more ground-breaking than that.”

Normal People’s Daisy Edgar-Jones has also recently been announced as the upcoming inaugural recipient of the Rose d’Or Emerging Talent Award this year, with Ncuti Gatwa taking home the 2020 Performance of the Year Award for his portrayal of Eric in Netflix’s Sex Education.

Now in its 59th year, The Rose d’Or Awards define the gold standard for excellence and achievement in entertainment programming. The recently announced shortlist for the 2020 digital edition of the event was voted for from 766 entries by over 80 international judges from across the television industry and includes entries from every major territory in the world across the 12 categories. Given the extraordinary challenges faced in 2020, this year’s awards also include a special category to recognise innovation in the time of COVID-19, with finalists from Spain, Italy, the Netherlands, Belgium, the US and UK.