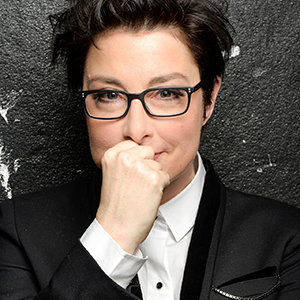 Europe’s premier TV and audio entertainment awards are delighted to announce that one of the UK’s best known TV and radio stars, Sue Perkins, will host this year’s Rose d’Or Awards – the 60th anniversary ceremony.

Sue is an accomplished presenter, writer, actor, director and comedian.  She hosted The Great British Bake Off for 7 seasons for the BBC; astonished the audience of ITV’s Masked Singer as a celebrity competitor earlier this year – and she’s recently taken the coveted role as chair of BBC Radio’s iconic Just a Minute comedy series.

Sue said “It’s an absolute honour to be presenting the Rose d’Or Awards, which have celebrated TV greats across the genres for over 60 years – from Dame Edna Everage to Sir David Attenborough. It’s been a tough 12 months for everyone, yet despite the odds, great shows have kept on coming. I can’t wait to see which ones claim these coveted prizes on the night. “

There is just one week to go before entries close on October 1. You can find out more and enter online by CLICKING HERE.

The Rose d’Or Award Ceremony is being staged as a digital event this year and will be streamed on November 29th on www.rosedor.com.

About the Rose d’Or

The prestigious Rose d’Or Awards define the gold standard for excellence and achievement in International TV and Audio programme making.

The Rose d’Or began in 1961, when it was created by Swiss Television in the lakeside city of Montreux and has been a flagship event for the European Broadcasting Union and the international TV industry ever since.

In 2019 the EBU partnered with the enterprise arm of the international publishing company and digital channels business C21Media to take over the organisation of the Rose d’Or Awards.

C21Media Enterprises backs high-growth potential businesses within the content sector. It is focused on awards, training and production.

The European Broadcasting Union (EBU) is the world’s foremost alliance of public service media. Representing 115 media organizations in 56 countries in Europe, the Middle East and Africa; and an additional 34 Associates in Asia, Africa, Australasia and the Americas.