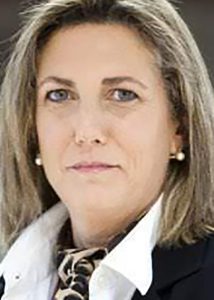 Ana María Bordas Julve is a Spanish journalist who has developed her entire professional career in RTVE, the Spanish Public Broadcaster.

Bordas is since 2016 Head of International Projects in TVE, Spain Head of Delegation in the ESC (Eurovision Song Contest) and elected vice- President in the EBU TV Committee.

Specializing in its beginnings in political and social reportering, Bordas was correspondent for National Radio of Spain (RNE ) in Washington DC (USA) between 1989-1992.

She has held over the following 20 years different management positions, such as RNE Director in Barcelona (1997-2005), RTVE Director in RTVE Production Center in Barcelona (2010-2014), Programming Director at TVE Madrid (2015-2016) and Director of La2 (the cultural and social TVE channel).