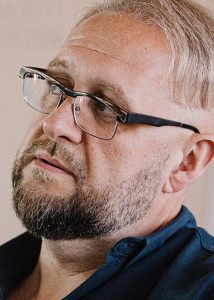 Anvar Samost is the head of news and sports of Estonian Public Broadcasting (ERR) since 2017. In this position he is also responsible for digital platforms and content and their development in ERR. In 2016-2017 Anvar was head of online news and portals of ERR.

Samost has extensive experience in digital media. He was editor in chief of Postimees, the largest daily newspaper in Estonia 2011-2013. He was the CEO of the Baltic News Service (BNS) international news agency in 2006-2011. Anvar has held different editorial positions in media since 1992.