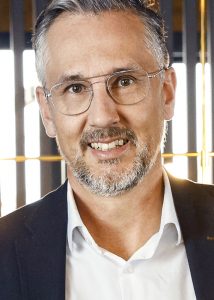 Bernhard studied Political Science at Passau University and at Muskingum University (Ohio, USA). He joined ProSiebenSat.1 in 1998 as a footage researcher. From 2000 to 2002 he worked for the sports division at Sat.1. In 2003 he took over the position of a program scout in the department Format Research. Since then he is in charge for identifying new formats and trends in the international TV landscape that have relevance for the now renamed Seven.One Entertainment Group. Since 2010 he is heading the department International Scouting and Trends. Twice a year he is organizing the European Pitch for the Seven.One Entertainment Group where international production and distribution companies present new formats.