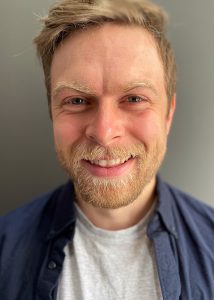 Bill has been working in the television industry for 15 years now. Starting out on Friday Night With Jonathan Ross, he has spent his last 10 years producing shows for multi-award winning production company – CPL. During that time, Bill worked on Sky 1’s A League of Their Own; helping it win two BAFTA’s in the Comedy Entertainment Category. Since leaving the show, he has started two new programmes – Rob & Romesh Vs, which was nominated for a BAFTA this year, and There’s Something About Movies, which was Rose D’or nominated.