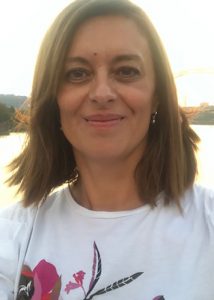 Branka Slavica is a Croatian journalist. She has been reporting from the United States since 2005, as a Croatian Television Correspondent. Prior to that, she was a TV anchor and editor-in-chief at HRT. She also worked as a reporter for newspapers, radio and television.

She has been covering politics in Washington and breaking news, including natural disasters, gun violence, drug wars on the US border and other social, economic and human topics. In the past decade, her work has also taken her to Japan, Haiti, Mexico, Chile and Cuba.

The Croatian Journalism Association awarded Branka journalist of the year in 2011.

Telling stories is her passion, including in the form of short documentaries, where she worked as a writer and producer.