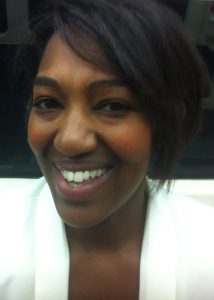 Charlotte Smith is currently the Channel Exec for BBC One. Working across all BBC One content, Charlotte offers strategic and editorial support to the Director of Content and Controller of BBC One. Prior to this role Charlotte produced, directed and helped develop some of the most popular Factual formats of the last 15 years. One of her more recent development successes was helping to create the format for C4’s Extreme Cake Makers. She has also worked on the pilot for Come Dine with Me, has produced/directed on Four in a Bed and edit produced Coach Trip (Channel 4). She has worked on The Pride of Britain Awards (ITV), Taste the Nation (ITV), and Britain’s Best Dish (ITV). She produced Idris Elba for the Sky 1 series The Ones to Watch and has made Bodyshockers (Channel 4), Fantasy Homes by the Sea (UKTV) and Peter Andre: My Life (ITV2).
Charlotte was the Senior Edit Producer on The Great Interior Design Challenge (BBC2), and well as the Series Producer on Selling Houses with Amanda Lamb (More 4) and just before arriving at the BBC she spent a year Series Producing on The Apprentice (BBC 1) Most recently Charlotte created the awards submission which won BBC One the Channel of the Year award at Edinburgh TV Festival 2019.