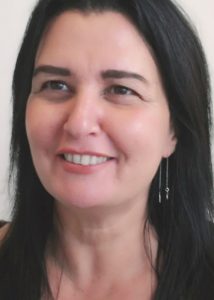 CEO, Head producer and Co-owner of “Eight productions and content”, she has twenty years of experience in the Television industry. After being the head producer for some of the most successful Israeli Television shows, and for the biggest Israeli networks, she proceeded in building her own production company, alongside her partner, Aviram Avraham, together they created Eight Productions and content. The company focuses on high quality content and has produced scripted and documentary TV series.