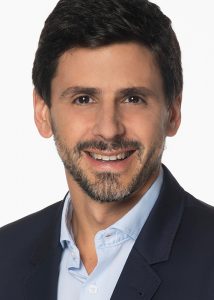 Turovelzky is a seasoned professional with over 28 years of experience in the entertainment industry and an extensive career in content creation, creative, production, innovation, and programming. Turovelzky began his career in the media industry, first working in printed, then radio and moving on to television & entertainment, joining Telefe in 1996 as a Production Assistant for the Susana Gimenez’s show and working his way up the ranks to Executive Producer by the early 2000s. Over the next decade, Turovelzky developed international experience as Content Director for RGB Entertainment, where he was responsible for entertainment formats working on projects alongside well-known industry companies, such as Banijay Endemol, Sony Pictures TV International, Discovery Channel, and The Walt Disney Company. Turovelzky developed and produced content with regional teams in Brazil, Chile, Panama, Spain, and Argentina.

In 2016, ViacomCBS acquired Telefe, and Turovelzky was appointed to a key role in the Southern Cone, responsible for co-leading its portfolio of brands and lines of business, including being part of the team that developed ViacomCBS International Studios.