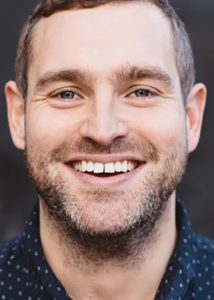 David is Head of Comedy at Tiger Aspect Productions, one of the UK’s most successful and prolific independent television production companies. Exec Producer on all 3 series of multi award winning Man Like Mobeen for BBC3, the most recent of which was BAFTA nominated. Producer and Exec Producer on series 1 and 2 of BAFTA nominated The Mind of Herbert Clunkerdunk. Producer on BAFTA nominated Please Help by Lucy Pearman for BBC3. Producer and Exec Producer on the first 4 series of CBBC’s Danny & Mick, one of the highest rating shows on the channel. David is currently across 4 new productions for Tiger Comedy this year, including a new fourth series of Man Like Mobeen, a new reboot of Bad Education, and a brand new series for ITV using Deep Fake technology, called Deep Fake Neighbour Wars.