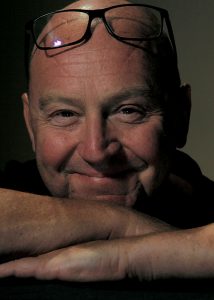 David Jenkinson is an award-winning journalist, content technologist and multiplatform publisher.
Having held senior editorial positions at Haymarket, International Thomson, EMAP and Cahners’ Moving Pictures International, he created and co-founded C21Media in 1997, one of the world’s first internet publishing businesses.
C21Media.net now attracts more than 150,000 unique visitors each month and has consolidated a position as Home to The International Entertainment Community.
C21Media owns a variety of pubishing and event brands including Dramaquartely.com, FutureMedia C21Kids, The International Format Awards, The International Drama Summit, Techcityinsider.net and Content London.
Prior to launching C21Media Jenkinson was editor-in-chief of Moving Pictures International, running daily, weekly and monthly publications within the film business.
He led EMAP’s TV World to win the prestigious PPA International Business Magazine of the Year award in 1993, and worked as part of the senior editorial management team at International Thomson.
In 1997, alongside C21Media, he co-founded creative agency Dri Riser, developing brand strategy for a variety of media and entertainment clients.