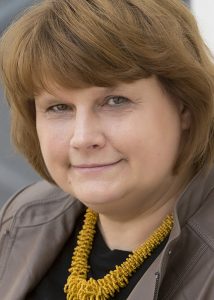 Since 2021 Gabi Biesinger has been based in London as UK-correspondent for national German Broadcaster ARD. She held this position before, between 2012 and 2016. After leaving London in 2016 she worked as US-correspondent for ARD in Washington DC, before taking up the position of Second Editor-in-Chief for SWR (Südwestrundfunk), one of the ARD-members. As one of the heads of the crossmedia news department at SWR in Baden-Baden she helped implement the 50:50 challenge for gender equality on air and a re-organization of newsrooms. She was involved in general strategic projects and change management work.

Gabi Biesinger joined SWR/ARD in 1999 after finishing her PhD in Psychology at the University of Münster/Germany, which followed her MSc degree obtained at the University of Kent at Canterbury/England in 1993. In the last twenty years she worked as editor, presenter and reporter for different radio brands within SWR.