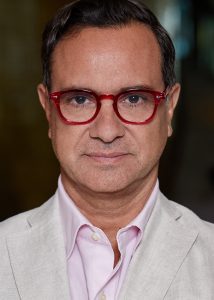 Federico Cuervo is the Head of VIS Americas, the international studio of Paramount. Based in Buenos Aires, Cuervo is responsible for the supervision and execution of VIS’s strategic plan to develop and produce original scripted and unscripted shows and formats for the company’s own brands and platforms, as well as third party companies worldwide. He reports to JC Acosta, President of Paramount Studios & Networks South Europe, Latin America, Middle East and Africa and VIS globally.

Before holding his current position, he was SVP of Production, where he oversaw the production teams for all Paramount’s Networks Americas content, including broadcast and pay TV channels; and Brand Manager for Comedy Central and Paramount Channel in Latin America, responsible for the network’s creative visions and business strategies across linear and non-linear platforms.

Cuervo joined the company in 2009 as Vice President of Production and Programming for MTV and VH1 Argentina, overseeing, developing, and implementing local content strategies for both brands in the region.

Prior to joining ViacomCBS Networks Americas, Federico was the Director of Production for GP Producciones, associated to BBC Worldwide. With more than 30 years of experience in the television industry, Cuervo began his career as a journalist and worked for different news outlets in Argentina and abroad.