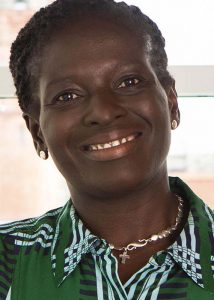 Ade Rawcliffe is Head of Diversity for ITV Commissioning and is responsible for delivering ITV’s on-going commitment to reflecting the diversity of modern Britain at the heart of mainstream television, both onscreen and behind the camera.
Prior to that, Ade led the Creative Diversity team at Channel 4 and spearheaded the delivery of the broadcaster’s 360 Diversity Charter. She oversaw the creation of C4’s Commissioning Diversity Guidelines and developed projects through diverse funding vehicle the Alpha Fund, including the BAFTA award winning drama Run.
Rawcliffe was also part of the team responsible for C4’s coverage of Rio 2016 Paralympics and London 2012 Paralympics, which broke records for employing disabled presenters and production staff.
Ade also worked in the Features commissioning team at C4 and was a Television Producer at the BBC, ITV and in the independent sector.
She is a member of BAFTA’s TV Committee, a Board Member of Women in Film & Television (WFTV) and Times Up UK and a Trustee of the National Trust.