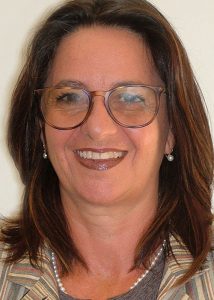 Gaelle Armentano Conte is currently head of international cooperation in RAI, focusing and enhancing all forms of collaboration and co-production between Rai and public broadcasters in Europe and the rest of the world.

Following a Degree in International Economics and a Master in European Audiovisual Management (EMAM) her media background has a strong focus on content strategies, production and licensing, from both sides of the negotiating table.

From 2001 to 2015 as marketing director of 01 Distribution, the first Italian distribution company, she has deeply contributed to the launch of international films and to the rooting of Rai Cinema’s relations with the most important American and European talents and producers, without forgetting the promotion of great Italian cinema in Italy and around the world.

From 2015 to 2020 as head of RAI cinema acquisition department, she was in charge of co-productions, pre-buying of full rights, acquisitions, including of international remake rights for Rai Cinema’s own filmmaking, content development, license and contractual negotiations, covering the whole value chain of rights.

She has contributed to the development of European networks for European co-productions, and she has co-produced several films of worldwide renown: among them, J’accuse by Roman Polanski (Co-Prod FR-IT); Never Look Away – Werk ohne Autor German/Italian Co-pro from Oscar-winning Florian von Donnersmarck; and the new film of the Golden Bear-winner, Hungarian Director, Ildiko Enyedi, The story of my Wife, a European co-production with Hungary, Germany, France and Italy.

With always a global approach to work she is now engaged to contribute to a much greater integration of RAI within the EBU, focusing on the latter’s strategic priorities and, more generally, sharing ideas and promoting strategic initiatives for public-service TV networks across Europe.