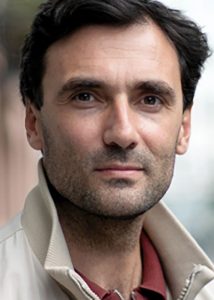 Georg Tschurtschenthaler is an Emmy-nominated and Grimme Prize awarded producer, writer and showrunner for feature documentaries and doc series. Since 2009, he oversees the editorial department as senior producer film and cross Media for gebrueder beetz filmproduktion in Berlin,Germany. Additionally he regularly acts as tutor for film and interactive projects at industry events like Dragon Forum, East Doc Platfrom, CAST Zurich etc.

In 2020 he earned a writer and director credit for the first German Netflix Original Documentary Series
ROHWEDDER – A perfect crime (4×40 min).