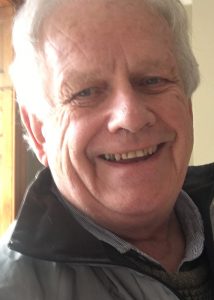 In a long career, George Carey has been a frontline television news journalist; Editor of the BBC’s most prestigious public affairs programmes, Panorama and Newsnight; a writer, producer and executive producer of scores of television programmes ranging from arts, science and history to investigative and political documentaries. For several years he was Creative Director of one of the largest independent production companies in Britain whose programmes won several UK and international awards under his leadership. In 2005 he was honoured with a Lifetime Achievement award from the Royal Television Society. For the last ten years, he has been filming and directing his own documentaries, including acclaimed investigations into the work of three notorious British spies, Kim Philby, Guy Burgess and George Blake. Outside television, he’s been chairman for three years of the House of Illustration, Board member of the theatre company Shared Experience, and a Trustee of Conciliation Resources, the conflict zone NGO.