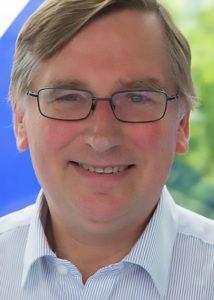 Graham Dixon is Head of Radio at the European Broadcasting Union in Geneva, having been Managing Editor of BBC Radio 3 until 2015. Previously, he held several editorial and production positions within BBC Radio.  While at the BBC, he chaired the EBU Music Group and Euroradio Users Group.  His current role includes advocacy for public media, specifically for the positive role of radio within society; he is committed to encouraging radio innovation, as well as promoting distinctive content for all audiences.

After researching Italian Baroque music in both Italy and Germany, he was awarded a PhD from the University of Durham.  While working at the BBC, Graham responded to the changing media environment by studying for an MBA; this was awarded with distinction for his work on digital transformation, preparing radio production for the challenge of multiplatform delivery.  He is a Fellow of the Royal Society of Arts and the Royal Asiatic Society.